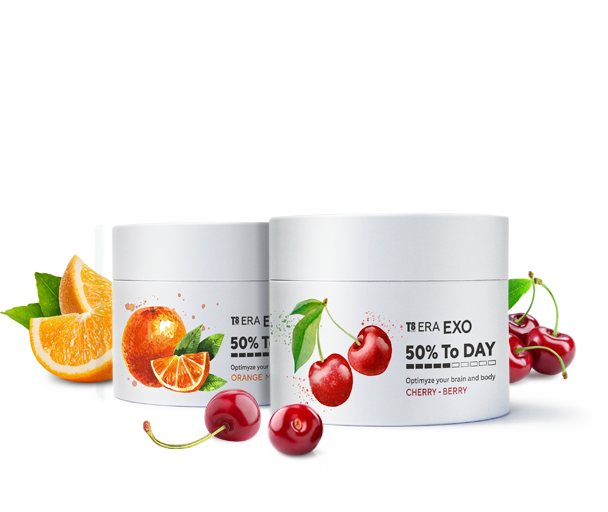 КУПИТЬ
For those who:

1. Burns fat and intends to lose weight
2. Lives in according to LCHF
3. Looks for an additional source of energy for the brain
4. Wants to stay focused all day
5. Dreams of victories in sports
6. Aims to be as productive as possible
7. Gives training one hundred and ten per cent
8. Takes care of the beauty and youthful look of the body

What is EXO?
"Exo" means "from the outside." Speaking of ketones, exo ketones are ketones that come into the organism from external sources. In this case, we have EXO that is the source of easily accessible exo ketons.
It should be understood that ketones can be synthesised in the body. Such ketones are called "endogenous ketones" from "endo" - "inside." Three types of ketone bodies are naturally formed in the body. The process of forming ketone bodies in the body is called ketosis. It is the basis of the metabolic transition of the body to fats as fuel, which is the basis of LCHF. This happens, for example, when we are starving or during rigorous stress. Of all the ketone bodies, BHB is the main energy-producing ketone.

BHB is a β-hydroxybutyrate. 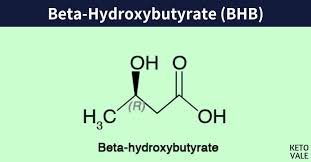 BHB is a high-quality alternative fuel for the entire body1, that provides energy to the brain too.

How does EXO work?
Scientists have been able to develop an innovative formula of exogenous ketones in the form of salts. Now, to increase energy, to concentrate, it is sufficient to just drink EXO to get easily accessible ketones. Taking EXO leads to a rapid increase in BHB concentration in the blood, which is further spread throughout the body, including the brain, heart and muscles. At the same time, ketones easily penetrate through the blood-brain barrier. In the mitochondria of cells, ketones become participants in the main energy cycle (Krebs cycle) leading to the synthesis of a large number of ATP. The consequence of this is an increase in energy.

How does BHB generate energy?

After BHB gets into the mitochondria of cells, two molecules of acetyl-CoA are formed from one acetyl coenzyme A molecule. This process occurs through the stage of acetoacetate formation, it's binding with coenzyme A (CoA), and the formation of acetoacetyl-CoA. Acetyl-CoA transfers to the Krebs cycle, and the electron transport chain is activated as well as ATP-ase, an enzyme built into the mitochondria membrane required for ATP synthesis. As a result of this process, a large number of ATP molecules are synthesized, the main energy molecules for all cells in the body.

Why are ketones better?

If ketones (as opposed to an alternative energy source - glucose) are used as fuel2, less metabolic waste is generated, resulting in less oxidative stress. Supports the performance of mitochondria and slows down cellular ageing.

Why is EXO a product for the brain?

When EXO gets into the body, it leads to a significant increase in the BHB level in the blood. BHB easily get to the brain, freely penetrating through the blood-brain barrier. In the mitochondria of brain cells, BHB result in the rapid synthesis of ATP molecules, providing energy to the brain and the entire central nervous system.

When to take?
1. When it is necessary to activate the brain
2. Whenever you need more energy
3. Before training for greater efficiency
4. After training for a quick recovery
5. During psycho-emotional stress
6. When switching to LCHF for quick adaptation
7. For a rapid transition to ketosis
8. Within LCHF during the periods of increased carbohydrates in the diet*
*Works when switching to LCHF

It is recommended to use 1-2 times a day in the morning, during the afternoon after a carbohydrate snack or in the evening before exercise.

Contradictions: taking EXO is contraindicative to people with diabetes, to pregnant women and people under 18 years of age.

On the metabolism of exogenous ketones in humans.

Prior ingestion of exogenous ketone monoester attenuates the glycaemic response to an oral glucose tolerance test in healthy young individuals.

Role of beta-hydroxybutyric acid in diabetic ketoacidosis: A review.

The ketogenic diet: metabolic influences on brain excitability and epilepsy.

Effects of beta-hydroxybutyrate on cognition in memory-impaired adults.

A new way to produce hyperketonemia: use of ketone ester in a case of Alzheimer's disease.